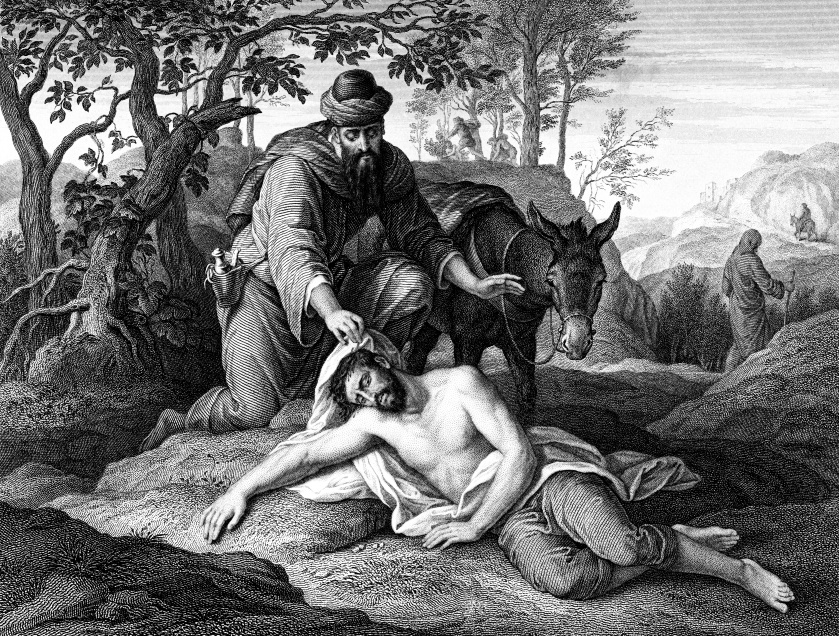 Many years ago, when I was in graduate school at Emory, I took a class called “Systematic Theology.” In the final exam, we were surprised to be asked this question:  If you were to propose a new sacrament for the church, what would it be and why?

I knew, in a second, what my answer would be.  Hospitality!

If I were to add a sacrament to the church doctrine, it would be the sacrament of hospitality.

There is a long tradition of hospitality in the Bible, beginning in Genesis and weaving throughout scripture.  In Genesis 18, Abraham and Sarah are blessed with a child after showing generous hospitality to three divine strangers.  Lot, too entertains these divine travelers and in turn, he and his family were offered the chance to flee from the destruction of Sodom and Gomorrah. And there are many other examples in the Old Testament where strangers in the land are treated with the same hospitality with which one would treat a beloved friend or relative.

In the New Testament, one of the most moving examples of hospitality is Joseph, the man who is engaged to Mary, the mother of Jesus.  Joseph took a divine stranger – Jesus – into his home and raised him as his son.  That was an act of radical hospitality.

But I believe our best example of radical hospitality is Jesus.  Jesus taught about hospitality in his parables and practiced hospitality through his actions.  He even turned water into wine as his first miracle for a wedding host to be able to show hospitality to his guests. We have the parable of the prodigal son.  A man had two sons.  One of them decided to ask for his inheritance early and left the family farm to blow his money on the indulgences of the world.  The other son stayed behind and was a dutiful son, helping the father on the farm and being the model child.  When the prodigal son returned to the farm, expecting to be treated poorly by his family, the father threw a huge party welcoming him home. Jesus taught in the story that it didn’t matter whether or not the son deserved the father’s generosity and hospitality, rather that it was simply the right and loving thing to do to provide the hospitality anyway. In doing so, Jesus revealed a characteristic of God.

This thread of hospitality – irrespective of the status or standing of the guest or stranger – is woven throughout scripture.  So, what is hospitality?

In scripture, the Greek word for hospitality is philoxenia (fil-ah-zeen-ee-a), which derives from philo, a word you might recognize from the name Philadelphia, which we know as the City of Brotherly and Sisterly Love, and xenia, which means stranger.  So, hospitality in the Bible means, “love of stranger.”  It does not just mean “niceness to stranger.”  It means genuine, selfless, extravagant, full out love of stranger.  When we look back at the Abraham and Sarah story, I think it’s important to note that when the three strangers showed up at Abraham’s tent, Abraham did not begrudgingly go out and find the skinniest calf to serve nor did he tell Sarah to pull out last year’s grain and fry up a cake.  He called for the finest of what he had and prepared a feast.  And so we are called, as the church, God’s representatives in the world, to offer hospitality with enthusiasm, offering up the best of what we have to those around us, not what we have leftover.

But hospitality is more than just sharing food and shelter with others.  In his book “Reaching Out: Three Movements of the Spiritual Life” mystic, monk, and distinguished professor at Notre Dame, Harvard, and Yale, Henri Nouwen, said that there are three critical movements in the Christian’s life.  The first involves moving from loneliness to solitude, and the focus is on us as we learn to dwell comfortably in solitude with Christ.  The second is the development of spiritual maturity to move from hostility to hospitality, and of course, the focus in on our relationships with others as we strive to become more like Christ.  That leads to the third spiritual movement, our movement toward God.  Without the first two movements, we cannot make the third move.  So Nouwen argues we must find peace within ourselves, make peace with others and move toward this idea of radical and selfless hospitality before we can truly experience a move toward God. The practice of hospitality brings us closer to God.

So how do we do that?  I think we must do what the author of our scripture passage today tells us to do: Love each other as if your life depended on it. Hospitality means opening yourself up and becoming vulnerable, making space for someone that you might not ordinarily allow into your life.  Hospitality means looking past those things that separate us from each other, like dress, and speech, and possessions, and race, politics, and social standing, and seeing others the way Christ sees them, as beloved members of the family of God. Adopting an attitude of hospitality means putting aside your agenda and schedule to listen to the other person, to pay attention to their needs, and to respond to them in a genuine way.

Hospitality is more than a beautiful table or a comfortable bed or a hot cup of soup or a contribution to the food pantry.  Hospitality is making space in your life and in your heart for another person, whether a stranger, a spouse, a child, or a friend, and giving them your time and your attention without resentment – cheerfully, as 1st Peter reminds us.  Hospitality is making the table bigger to accommodate the stranger, and letting yourself be open to the idea that you might, like Abraham and Joseph, be entertaining a divine guest.  Hospitality is the realization in the very depths of your soul that everything we have is a gift from God, and that by sharing what we have, whether meager or abundant, is to be an instrument of God’s grace and mercy in the world.

One thought on “A “Sacrament” of Hospitality”